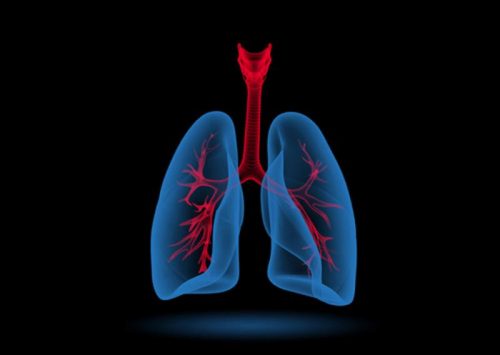 Researchers from AllerGen’s CHILD Study have found that the Lung Clearance Index (LCI), a measure of ventilation distribution, can detect lung problems in children as young as four months old.

Conventional lung function tests used to diagnose asthma and other childhood breathing problems may not detect subtle tell-tale changes in the small airways of very young children. Now, researchers from the CHILD Study have studied the Lung Clearance Index (LCI) measurement and found that it can detect lung problems in children as young as four months of age.

The research, published in the June 2018 issue of Thorax, was led by CHILD Study Director Dr. Padmaja Subbarao. Dr. Subbarao is a staff respirologist at The Hospital for Sick Children (SickKids) and an associate professor in the Departments of Paediatrics and Physiology at the
University of Toronto. “Asthma is the most common chronic disease of childhood and detecting airway changes early is critical so that doctors can provide appropriate treatment before lung damage occurs,” says Dr. Subbarao.

“LCI has been shown to be a sensitive marker of early airway disease in children with cystic fibrosis, so we set out to see if it would also be useful to identify infants with recurrent wheezing who are at risk of developing asthma.”

The researchers tested LCI in 37 infants with a history of wheezing who were referred from a hospital outpatient clinic and 113 healthy infants who are participating in the CHILD Study—a national health research project involving nearly 3,500 Canadian children and their families.

LCI was measured using a technique called the Multiple Breath Washout (MBW), in which theinfant breathes quietly through a face mask while sleeping. The mask delivers a special air mix containing oxygen and a tiny amount of a “tracer” gas, which has no effect on the body. Doctors measure how efficiently the lungs are working by tracking the time it takes for the tracer gas to “wash out” of the body during normal respiration.

“Unlike other lung function measures, LCI is highly sensitive to a narrowing of the small airways, where lung disease often starts,” says AllerGen trainee and study first-author Zihang Lu, a PhD candidate at SickKids. “Higher LCI values indicate more severe lung disease. We found that LCI was elevated in kids with wheeze even when they had no symptoms, suggesting that the test could be useful at routine clinic visits when the child is well.”

This study is unique in that most previous papers describing lung function in infants with airway disease have not compared them to healthy controls, according to the study authors. By comparing both groups, these results indicate that “LCI may be effective in detecting early lung disease, even before symptoms are apparent.”

“We are incredibly fortunate to have the CHILD Study right here in Canada to help us understand how chronic diseases, including asthma and other respiratory diseases, begin in early life,” adds Dr. Subbarao. “CHILD has been following thousands of Canadian children since before birth, which means that we can undertake continuous assessments of lung growth and development from infancy, offering us invaluable information on the progression of lung disease.”