You can help families with asthma access education & support this holiday!

Joanne’s son Michael was first hospitalized with asthma at only four months old. Michael continued to struggle with Severe Asthma throughout his entire childhood, and as a single mother, Joanne found the burden of managing severe and life-threatening asthma nearly overwhelming.

Joanne says, “I feel like I never slept soundly while he was growing up because I would constantly be checking to make sure Michael was still breathing.”

The cold months were especially hard because like so many people with asthma, Michael found that cold air was an asthma trigger for him. Fun winter activities like tobogganing or skating had to be avoided because they would cause an asthma attack. So too would a real Christmas tree, which was one giant allergic trigger and attack just waiting to happen. 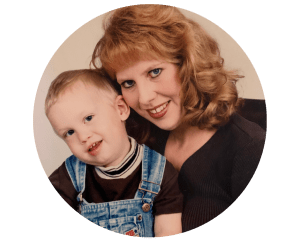 Joanne says, “Each holiday break without an asthma attack or trip to the emergency room was a cause for celebration in my family.”

It took a long time to get Michael’s asthma under control. For years, he needed a nebulizer every four hours—around-the-clock—and as a single parent, Joanne struggled to not only afford Michael’s medications, but to also find the right information to help manage his asthma.

Joanne encourages people, “Be your child’s advocate and don’t stop looking for answers. Get educated about asthma and allergies. There are great resources and supports out there like Asthma Canada. No one has to face asthma alone.”

Thanks to asthma education and a proper treatment plan, Michael’s asthma is now well controlled and he is able to live a largely symptom-free life.

By giving a gift this holiday season, you can change the lives of countless families just like Joanne’s that are impacted by asthma.